Brazil's central bank on Wednesday raised interest rates by 100 basis points and signaled another increase of the same size in May as it extended an aggressive tightening cycle to curb the effects of supply shocks from the war in Ukraine.
The bank's rate-setting committee, known as Copom, voted unanimously to raise its benchmark interest rate to 11.75%. Most economists polled by Reuters expected the move, although six of the 28 surveyed had forecast a larger increase.

Brazilian President Jair Bolsonaro said on Monday that Vice-President Hamilton Mourao will not be his running mate in this year's election, but declined to name his choice for the role.

Brazil’s central bank chief, Roberto Campos Neto, reiterated that a Selic benchmark rate of 12.75% should be enough to bring inflation expectations to target within a relevant horizon, according to a TV interview broadcast on Sunday.
Policy makers have added 975 basis points to borrowing costs since last March, the world’s most aggressive tightening cycle in the wake of the pandemic, to 11.75% and pledged to further increase the Selic rate to 12.75% by May. 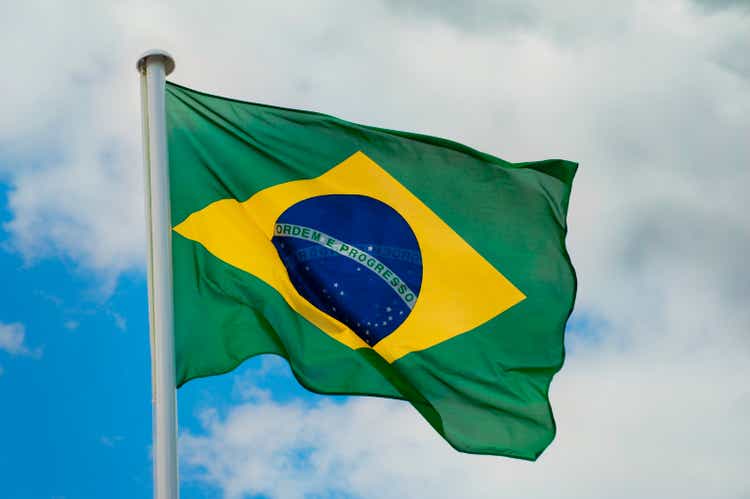 According to Veja, a Brazilian business news sources, President Bolsonaro has decided to remove Joaquim Silva e Luna as President of Petrobras (PBR). Luna, the former Minister of...

Brazilian President Jair Bolsonaro was admitted to a hospital in Brasilia late Monday.

Brazil's Economy Minister Paulo Guedes said on Thursday that economic growth will surprise this year on the back of strong investments, reaching around 2% despite aggressive monetary tightening to curb inflation.
"Central bank interest rising gives a strong cyclical deceleration vector. So instead of growing 3%, 3.5%, you will grow around 2%," said the minister at an online event hosted by Bradesco BBI.
He pointed out that growth forecasts at the Economy Ministry range from 1.5% to 2.5%, contrasting with a 0.5% expansion seen by economists in a weekly survey conducted by the central bank.
Officially, the Economy Ministry lowered its growth projection to 1.5% this year from a previous outlook of 2.1%.

The opinion survey by PoderData showed Lula drawing 40% of voter intentions versus 35% for Bolsonaro if the October election were held on Wednesday. In mid-March, when Bolsonaro's former justice minister was still in the running, Lula also had 40% support but the incumbent drew just 30%.
In a simulated second-round runoff, Lula would beat Bolsonaro 47% to 38%, just nine percentage points, PoderData found, down from the 14-point advantage seen a month ago and a 22-point gap at the start of 2022.
You must log in or register to reply here.
Share:
facebook Twitter Pinterest WhatsApp e-mail Link